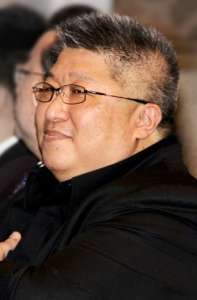 Mr. Charles Oon, the founder of the Chinese Baijiu Association (Singapore) has predicted and foresee that the various Chinese baijiu and its signatory brandings will flow to our shores. Since 2004, Mr. Charles Oon has been passionately involved in the marketing of the Moutai branding in Singapore, Malaysia and Cambodia. Amazingly in 2005 with a broken Achilles tendon on his right leg, he even limped all the way to Uruguay to market the Moutai branding; and it took him almost two and half years to sell one container of Moutai in that South American country.

with his continuous efforts to market the Chinese baijiu to the sophisticated consumers in Singapore & to its neighbours countries, in May 2011 he turned his pioneering efforts into reality by successfully establishing the Chinese Baijiu Association ( Singapore ) or affectionately known as CBAS.

As a young man, Mr. Charles Oon had decided to pursue a military career upon his academic graduation. While most youths would just serve their mandatory two years National Service when they reached the enlistment age of 18 years old, Mr. Charles Oon graduated and completed his National Service as a Naval Officer in the Republic of Singapore Navy. He prolonged his military career by undergoing additional training and graduated as an Artillery Officer in the Republic of Singapore Army. He had won commendation awards at Advanced Officers’ training courses and had successful roles in brigade and division military exercises in Thailand and Taiwan. Given his six years military background as a naval and artillery officer, reinforced by his mentoring of numerous soldiers and junior officers in his military career, Mr. Charles Oon has developed a strong, loyal and honest character. He would not quit when the going gets tough, he would not want to benefit at the expense of others’ discomfort and he would not compromise his principles for the sake of gaining advantage over others.

Mr. Charles Oon was no stranger to media commerce as he was in the pioneer team that started the Direct TV Shopping commerce in Singapore and Asia back in the 1990s. By the late 1990s he was already in China developing the TV shopping business and had worked very closely with numerous TV stations. Marketing has always been his strong forte and Mr. Charles Oon had always enjoyed business development; creating one business after another and integrating them into an innovative sales and marketing titan.

In 2004, he single handedly built up the Moutai brand in Singapore, Malaysia and Cambodia. In Malaysia, starting with the Moutai red wine and beer, for four straight consecutive years he strategically organized four beauty pageants on a national scale to promote the Moutai branding. Exposure was further boosted by TV coverage.

In Singapore, also in four consecutive years he had strategically organized five beauty pageants to promote the Moutai branding where it was also aired live on national TV. He also managed to use Moutai branding to co-support three large networking events which were endorsed by the Government. The Moutai branding, served in the form of red wine, managed to appear at the tables seated by the Prime Minister, Ministers, Ambassadors and even at the tables of the previous and present Presidents.

In 2005 despite a broken Achilles tendon on his right foot, he travelled to Montevideo, the capital city and chief port of Uruguay, to market the Moutai brand to the city comprising of slightly more than 2 million people.

In 2005, Mr. Charles Oon was appointed by the Moutai Head Office located in Moutai City situated in the Guizhou province, to set-up and operate the Moutai Specialty Shops in Singapore, Malaysia and Cambodia. After exhausting preparations, it was only in 2006 that he finally did it in grand style with media announcements in the three countries’ respective leading newspapers :

For promoting and marketing the Moutai brand, Mr. Charles Oon has integrated several marketing events on a national scale which has resulted in Mr. Charles Oon to receive numerous awards in recognition of his relentless efforts :

In 2006, Mr. Charles Oon was also representing the JIAN NAN CHUN (剑南春) in Singapore. It was a joyous occasion for everyone involved as the retail package had the words “新加坡” laser printed on it. However as a result of the 2008 Sichuan earthquake or otherwise known as the Wen Chuan earthquake, the distribution was temporary stopped. The distillery and its surrounding buildings were severely affected and production was drastically reduced. Over the last few years the distillery had grown from strength to strength and Mr. Charles Oon looked forward to resume JIAN NAN CHUN (剑南春) in Singapore again.

In 2009, Mr. Charles Oon distanced himself away from his old company and former business partners. He invited the HK friend to be the 50% partner of a newly set up company in Singapore; for the purpose of distributing baijiu in Singapore and Malaysia. The HK friend would claim that he had important contacts in the Moutai company as he had spent 5 years interacting with them, and told Mr. Charles Oon that Singapore and Malaysia would continue to share the inadequate yearly quota allocated by the distillery because the distillery viewed the 2 countries as one – as represented by Mr. Charles Oon. Upon the advice of the HK friend, Mr. Charles Oon had to separate the two countries by signing the Malaysia Moutai Specialty Shop over to the HK friend, with the hope that each of the two countries would obtain its yearly allocation. Unsuspectingly Mr. Charles Oon signed a note to the top brass in the Moutai company for the handing over of the Malaysian Moutai Specialty Shop to the HK friend. This was the beginning of Mr. Charles Oon’s loss in faith of cultivating business through friendship.

In early 2011, Mr. Charles Oon discovered that his HK friend had quietly registered a HK company back in 2009 but had used Mr. Charles Oon’s unapproved and unauthorized Singapore residential address. And this HK company had shipped defective and sub-standard stocks to the Singapore company. The HK friend received full payment for the stocks and half of the profits generated from the Singapore sales. The defective and substandard stocks came to light a few months later and it caused huge mental and financial stress for Mr. Charles Oon. But the HK friend declined responsibility. In mid-2011, the HK friend announced to Mr. Charles Oon that the Malaysia Moutai Specialty Shop agency had been terminated and had been transferred to another party. Two weeks later it was discovered that the “another party” was a Malaysian company set up by the HK friend.

By 2012 after gathering enough information and facts, and upon the advice of his Singapore and Hong Kong lawyers, Mr. Charles Oon had initiated legal actions against the HK friend. For the latter’s selfish and fraudulent actions of using Mr. Charles Oon’s Singapore residential address to set up a HK company and then knowingly shipped defective and substandard stocks to the Singapore company, it had caused untold mental and financial stress to Mr. Charles Oon and his family. In the presence of his Singapore and HK lawyers, a report was also made to the Criminal Investigation Department (CID) at the Hong Kong Wanchai police station.

To Mr. Charles Oon, such sacrifices are worth it when irresponsible people are eradicated from the China baijiu industry. Business enterprises and distribution networks are to be patiently built up. There are no short cuts especially in the challenging task of introducing China baijiu to South East Asia. Friendship is a means for effective communications and should not be viewed as a tool that could be taken advantage of. There are many decent people around who want to do the right things for the emergence of China baijiu markets outside China. Mr. Charles Oon will be doing the China baijiu industry a great favour by exposing the irresponsible people like his HK friend/and his friends.

Mr. Charles Oon has hoped that his efforts and experiences will enable Singapore, and even South-East Asia, to become the second home to the China baijiu. It is a long journey but with a good and honest vision, a dream will become a reality.